“When I look in the mirror, I . . .” . . . can’t believe the woman I’ve become. Where have the years gone? When did those little crow’s feet form in the corners of my eyes? When did I become so shapeless? Who am I now? When […] 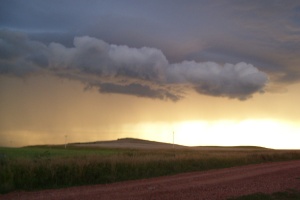 Apparently they get a lot of unsettling weather in North Dakota. I’m basing this premise solely on the fact that it has at least drizzled if not down-poured rain every single day since we’ve arrived with many severe thunderstorms scattered throughout. Our county is under a severe thunderstorm […]

3 More States Added to my Destinations

With the whirlwind of just getting back from Vegas, then leaving immediately for North Dakota, functioning on two hours sleep Sunday, my internal clock lost a day. All day Sunday I thought it was Saturday. When U2 came on the radio I thought to myself that Sherry was […] 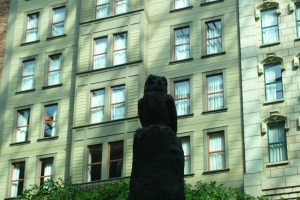 I kind of left you guys hanging on my last post many months ago, trekking through the Rocky Mountains, camper in tow, from Nebraska to Colorado. What can I say? Life gets out of hand sometimes. It’s too overwhelming to go back now & finish that trip off, […] 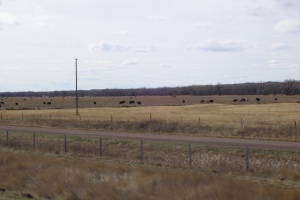 After we got through the worst of the peaks and valleys in the mountains, the weather continued to suck. I had thought we’d drive out of it, but the long delay through the passes ruined any hope of that and we were in rain, freezing rain, snow, and […]

The Camper Mission (Part I)

With motel living costing us almost $300 per week plus a lot extra to eat out almost everyday, we knew we had to go back to Nebraska and get our camper sooner rather than later or else go broke. The mission was to leave Grand Junction on Sunday […]

Well, I survived my first week of motel living. I’m still exhausted and out of sorts, never knowing what time it is, in the mornings it always feels later than it is and then something shifts in me around 5pm and it always feels earlier. I’m still opening […]

We made good time from Vegas back to Grand Junction, Colorado, only 8 hours total and we stopped for lunch again at a casino in Mesquite, which took one hour, so really only 7 hours on the road. And we only fueled up once, before we left Vegas, […]

The original plan for Saturday was to get up early and go see the Hoover Dam, but it was our last day in Vegas and we still hadn’t taken care of some business we needed to do with Jay’s ex-wife or visited with any of the people that […] 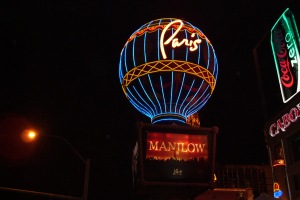 Driving through Vegas with Jay is an experience in and of itself. It seems like everything you pass he’s got something to say: “I lived there.” “I stayed there before.” “I put in all the gas main from this place to that place.” “My mom worked there as […]