Build a Bowl: His & Hers Dinner

I continue to see people in my Facebook groups struggling with what to eat as they transition to a plant based or vegan lifestyle. People who admittedly have never been into cooking are now looking for easy recipes so they can do this. And I’m still baffled by […]

Law of Attraction: Use Your Imagination for Good

Worrying is using your imagination to create something you don’t want. — Abraham Lately my morning routine consists of coffee, cereal, fruit and listening to Abraham. If you’re unfamiliar with the Law of Attraction, Esther Hicks, and Abraham then I highly recommend you read one of their books […]

What I Eat in a Not So Typical Day #2

The weather has been more humid these past few weeks. And I’ve been away from home a lot for events and things. So my household has been kind of falling apart, with shopping left on the floor in bags for days before being put away. Laundry piling up. […] 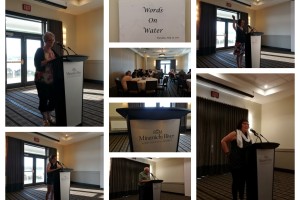 Our last Words on Water event for Irish Festival happened a couple of weeks ago and I think it went over really well. I had a really enjoyable evening reconnecting with my creative side and seeing people I hadn’t seen in awhile. It is so good for my […]

When I got a new television last year I started watching a lot more on YouTube and subscribing to channels that I really liked. Before that I just thought of YouTube as a place where I could find music videos (sometimes with lyrics) and clips from tv shows […]

Today I weighed in and I’m down 3.3 pounds from last week. This was a surprise because last week was humid and even though I was in a Fitbit Workweek Challenge with my sister it was too hot to move. All week I pretty much sat as still […]

When I’m not eating as well as I feel I should be, I don’t weigh in, but the fact of the matter is that when I was weighing in more frequently I was losing more weight. So in an effort to hold myself more accountable, I’m once again […] 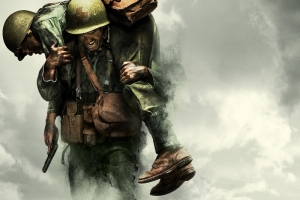 Usually we’re all about the television series and documentaries but lately we’ve been watching more films on Netflix. And it seems like every movie I pick out is based on a true story. There are a lot of great memoirs and biographies, but nothing prepared me for Hacksaw […]

Recently I accepted the position of Vice President at Words on Water, the Miramichi’s longest running performance art series featuring poetry, prose, spoken word and music. I’ve been informally involved with the group off and on for over a decade, but now it’s official. So that’s pretty exciting! […]