I have so many Colorado pics that I think I’m going to have to give more than one post to this state. WordPress starts acting a little funky on me when I have a lot of photos in a single post. So this is part a of the colorful Colorado.

Our goal for the day’s travel was to make it to Denver by nightfall and then find a place to stay. But free of the camper we made really good time, getting to Denver in rush hour dinner traffic, so we figured we could drive another couple of hours in the mountains before we lost daylight and stopped. Jay doesn’t like driving in the dark. His eyesight isn’t the greatest anymore and all the lights tend to throw him off.

Swinging into the Colorado Welcome Centre so Jay could use the restroom. 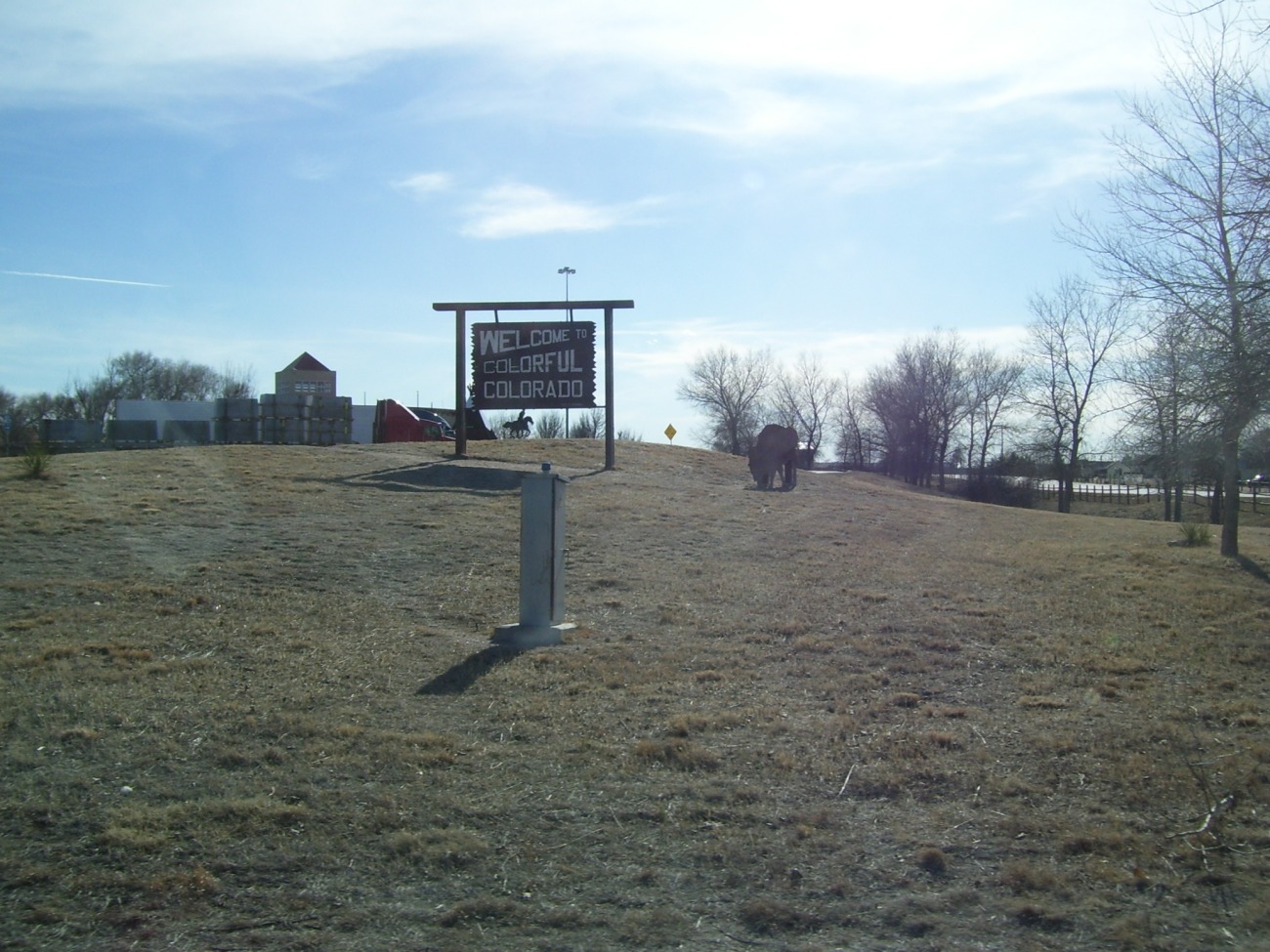 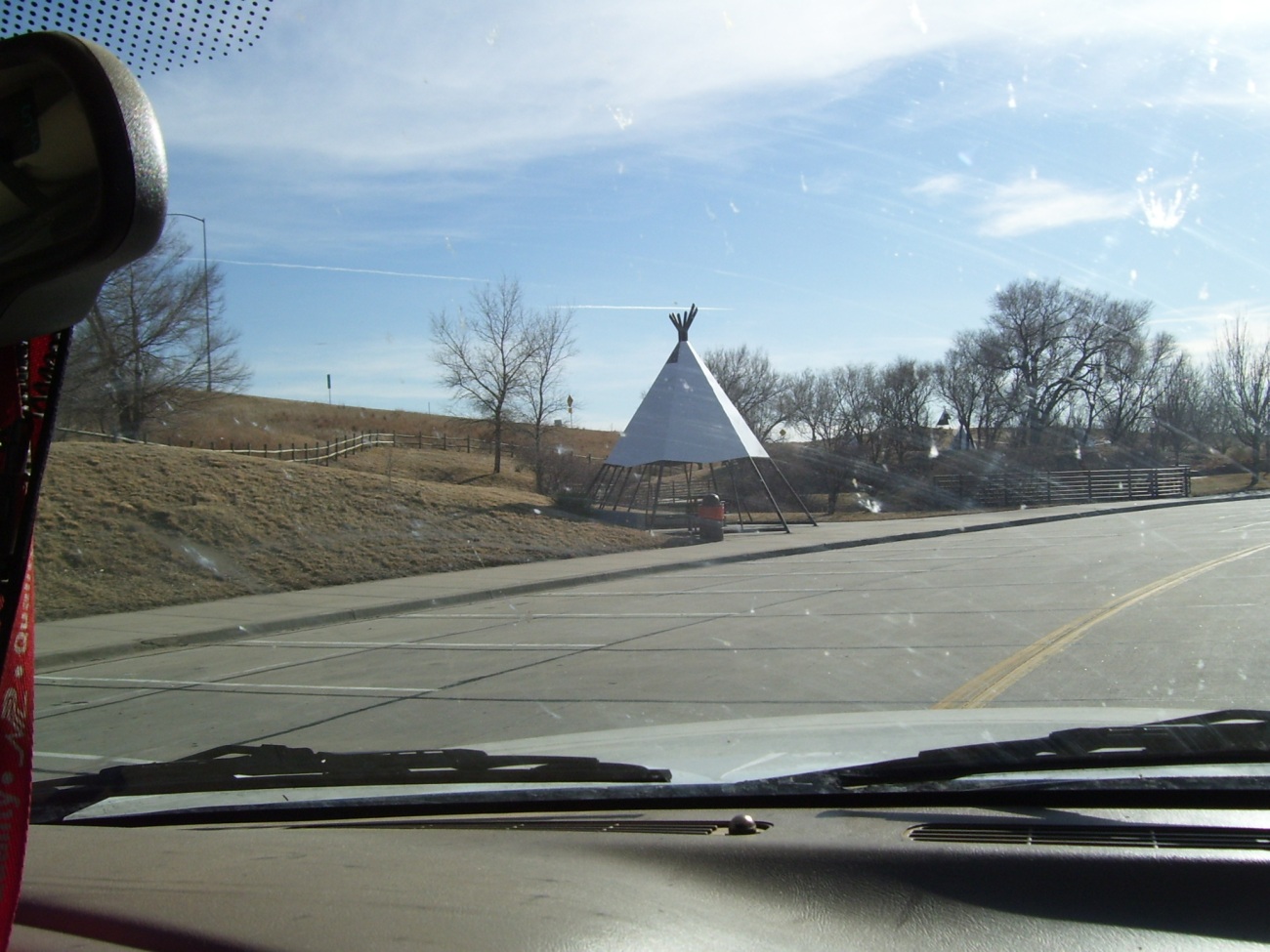 I tweeted that there were teepees everywhere, so here's one. They were touristy, not real, and I didn't actually see any Indians around.

A Pony Express monument at the Colorado Welcome Centre.

x2 and with another teepee in the background. 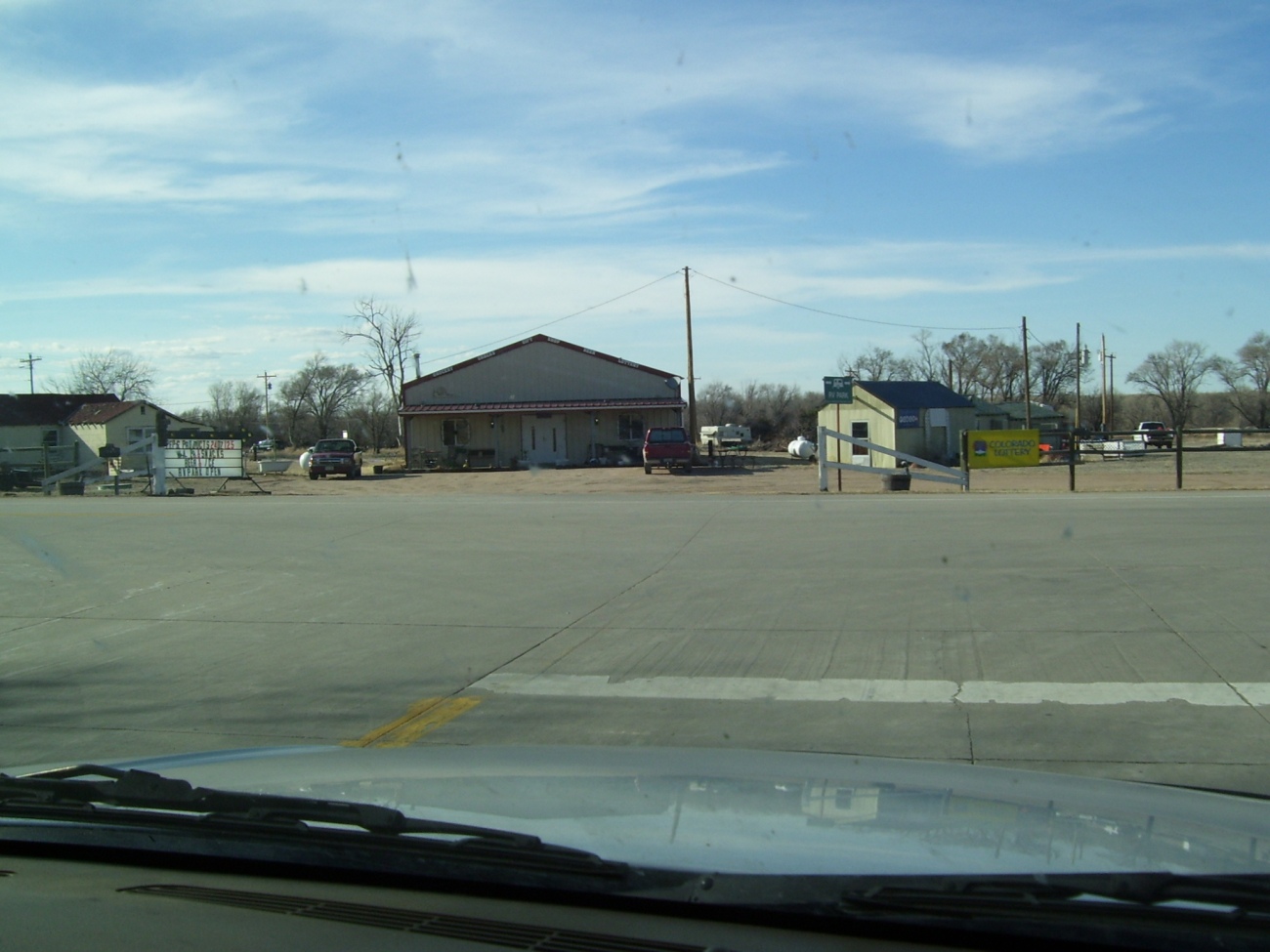 General store across the road from Welcome Centre. 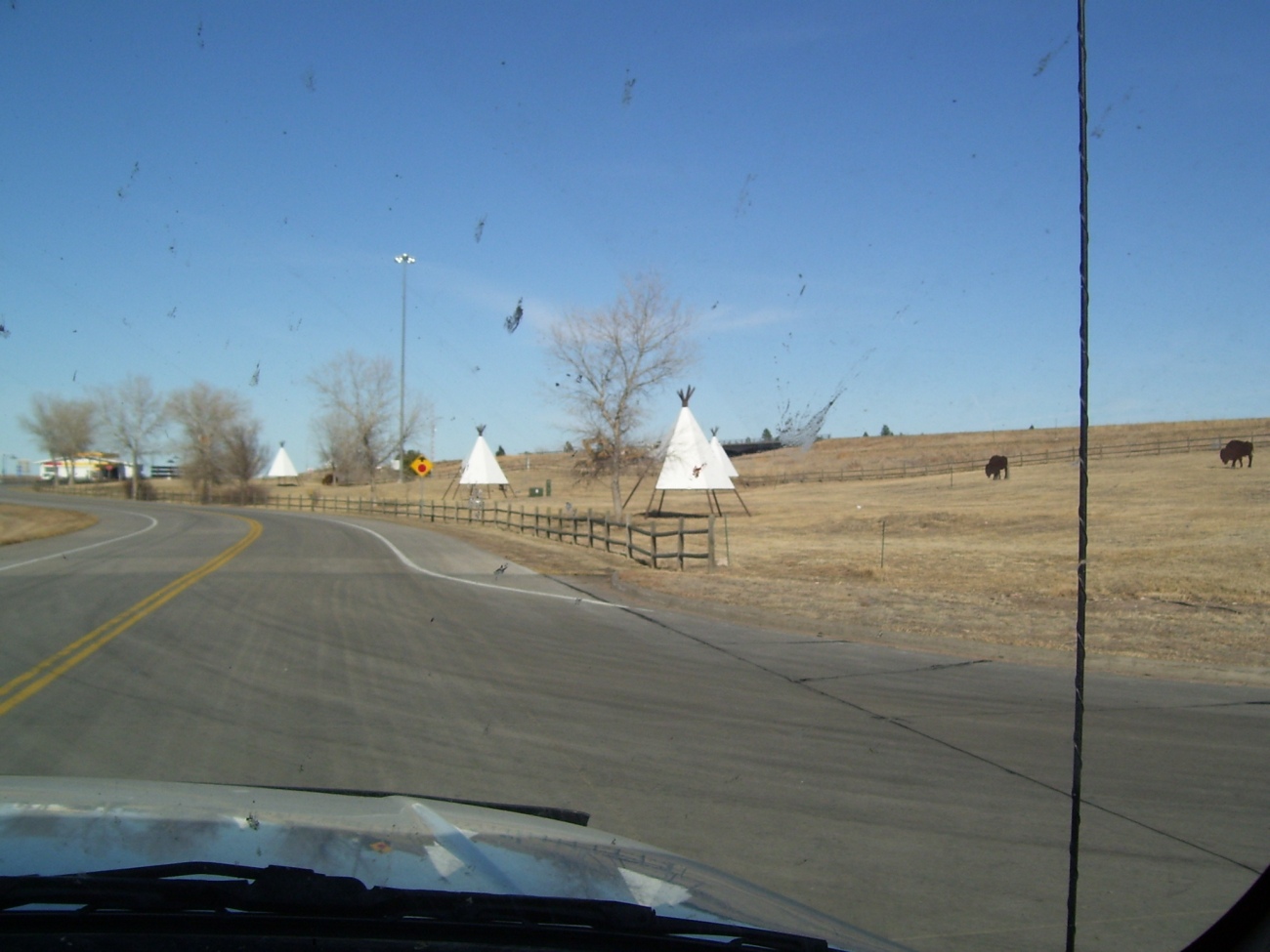 Teepees, cut-outs of cows or buffalo, & my dirty windshield.

The Colorado landscape through Jay's windshield. At first it was all rolling hills like this with lots of cattle grazing.

And again. You can see it's still pretty flat.

They call Montana "Big Sky Country" (I haven't been to see it for myself ... yet!) but that was the phrase in my mind the whole way to Denver. THIS is big sky country!

See what I mean? 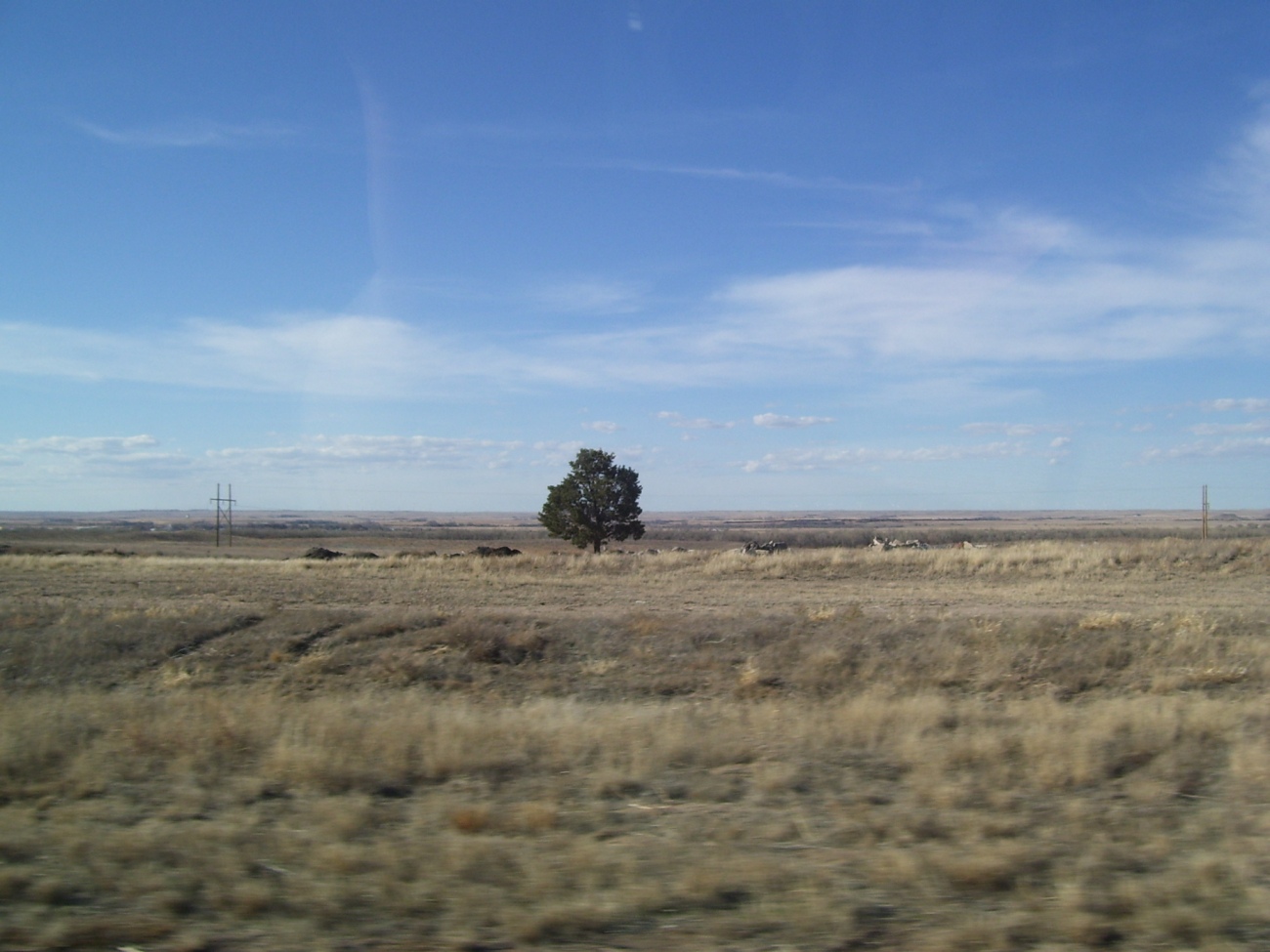 And again. This just goes on and on for miles and miles. There are no towns, no truck stops. Every exit says "No Services" or "Ranch Exit".

Cattle grazing. I took this photo for Stacy in particular, cuz I know she loves her some big assed cows!

I know it looks a lot like Nebraska, which I didn't much care for, but for some reason as soon as we crossed into Colorado I just got excited and couldn't stop taking pictures, I just loved it.

You can see the Rockies from a long way away. I tried to get pics of them in the distance but with the sun's position or my not so powerful camera, they aren't visible in many pics. But you can see them in this one if you enlarge and look close.

Coming into Denver. Again the Rockies aren't showing up all that great in the pics, but they were so fabulous! You could see the snow capped peaks stretching into the clouds. 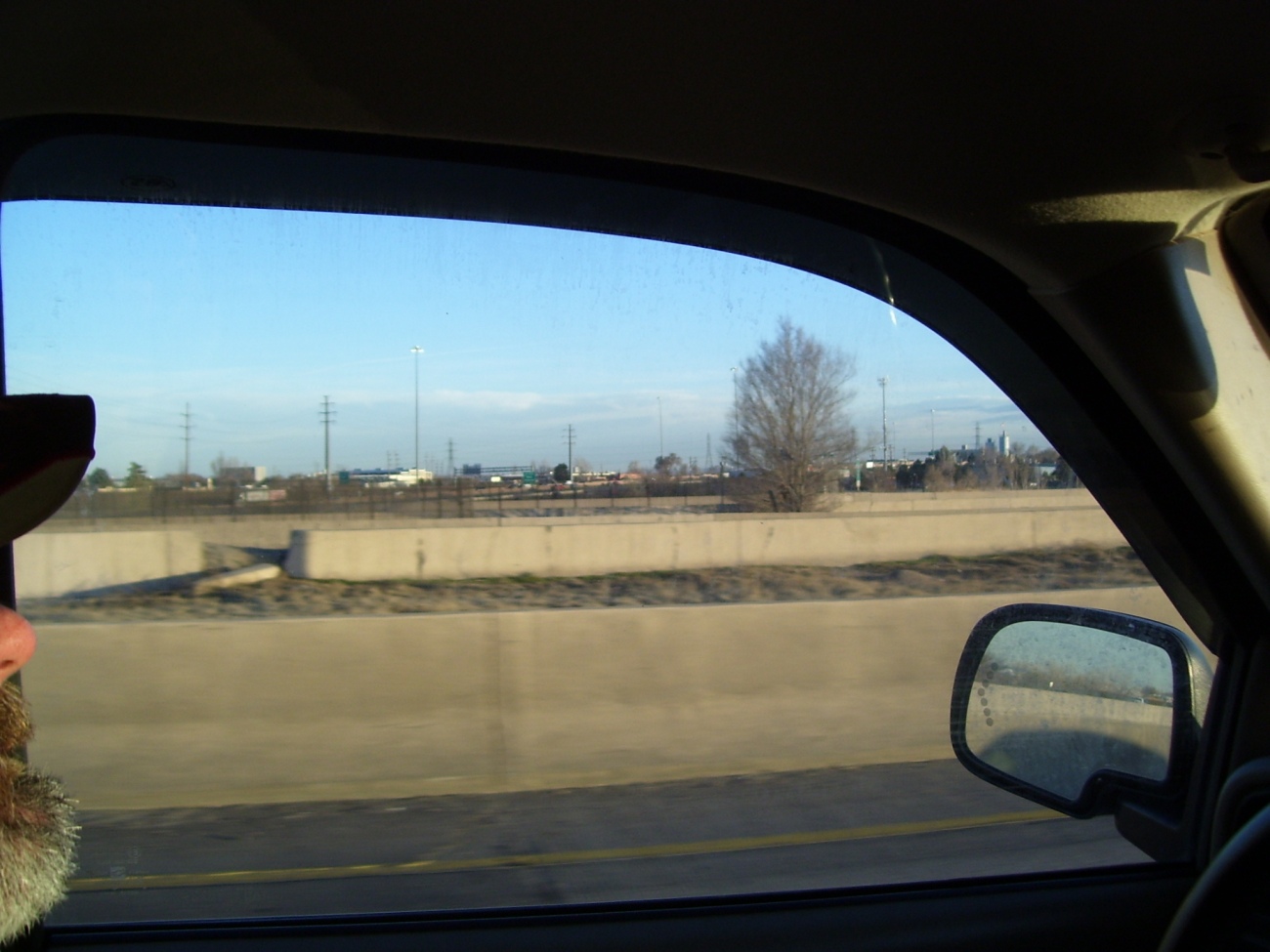 Coming into Denver. Those aren't clouds in the background, that's Rockies. 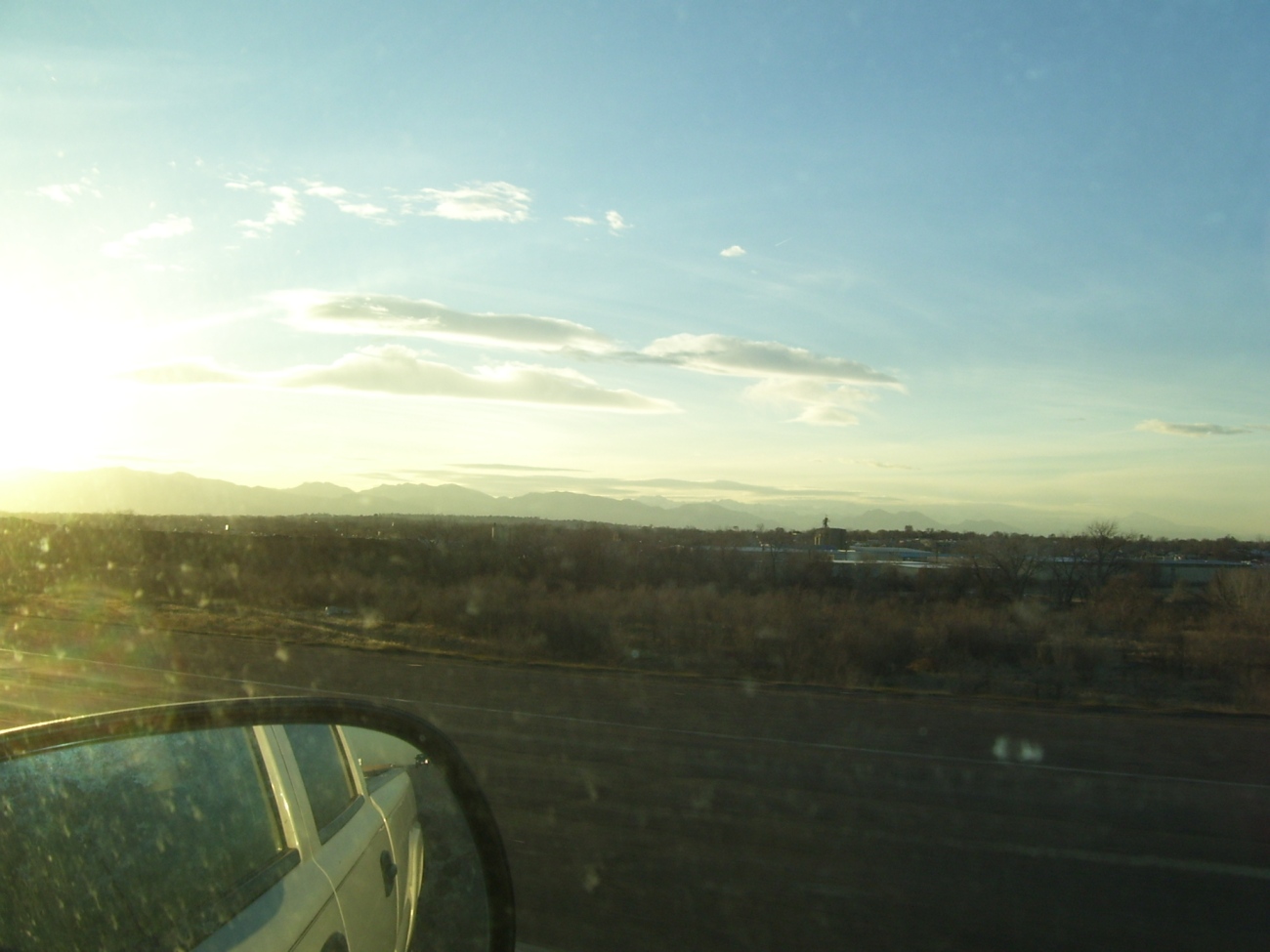 The entire trip, but especially in Colorado & Utah, I would look over my pics at night & complain to Jay that they just couldn't capture the beauty and experience. I was (and am) so enthralled with the Rockies, they are truly magnificent. 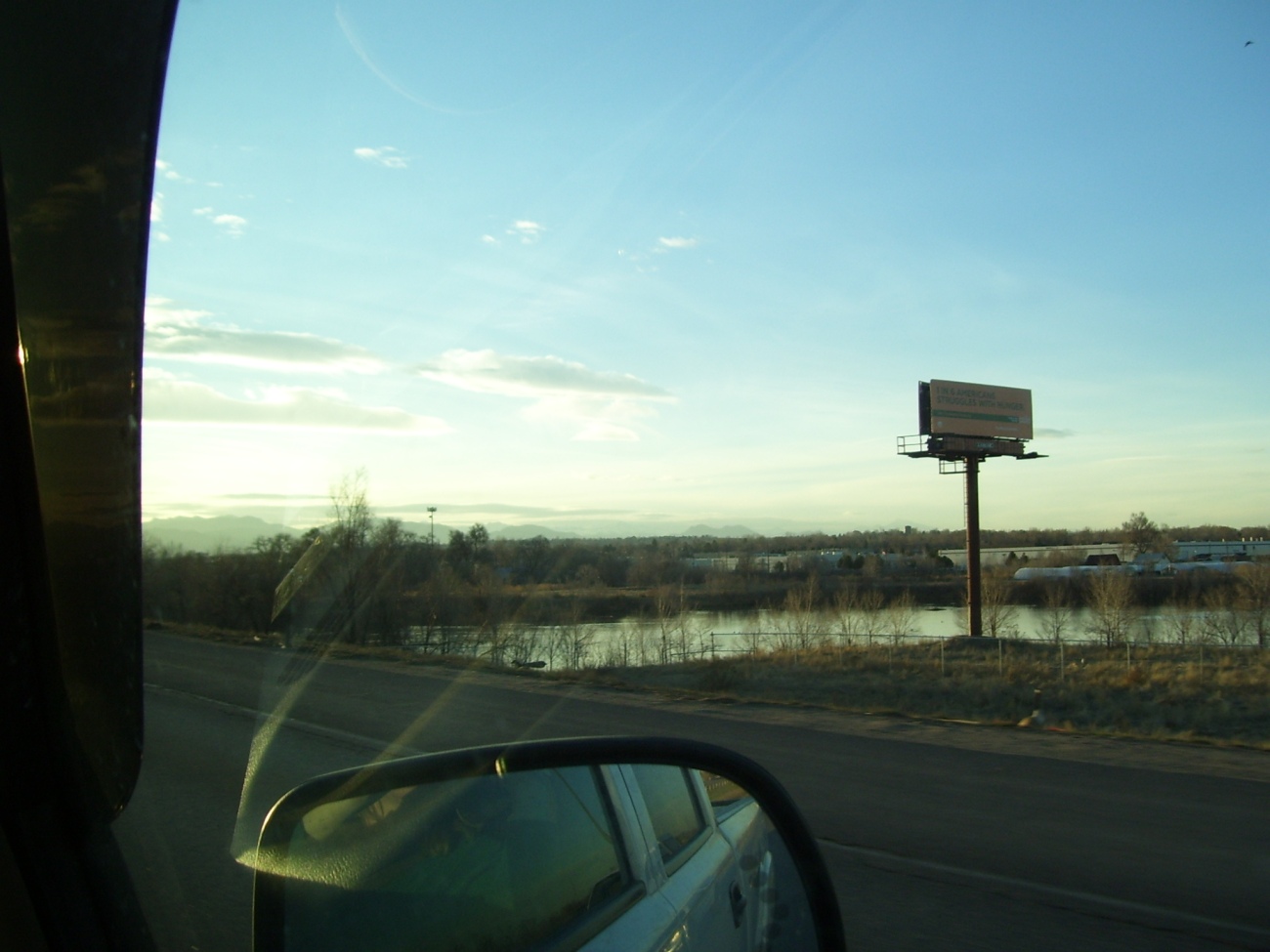 You don't go right through Denver, but outskirt it, the city's core was on the other side of the truck, but I was only interested in the mountains.

The wiper blade on my side doesn't work real well, so I had dirty windshield problems pretty much the whole trip.

They're definitely visible here, but the camera just doesn't capture their hugeness. 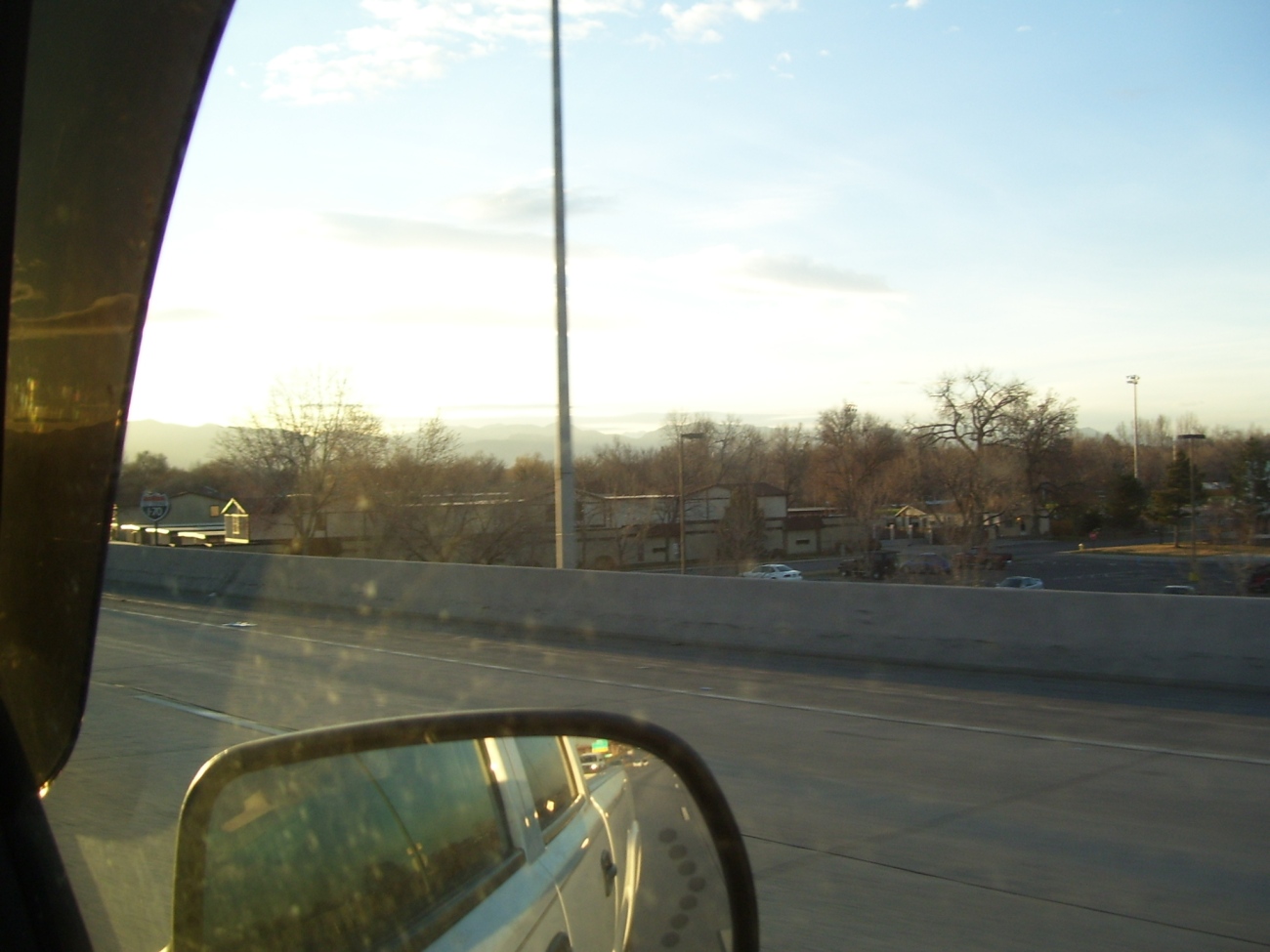 x3 That dark shading on the left that looks like a cloud is actually mountains.

We stopped in Denver to fuel up. It didn’t seem like a very good area of the city to me, lots of homeless and crackheads wandering around. We considered spending the night at a hotel across the street from the truck stop, but with some daylight left we decided to press on. Jay’s buddy, Dawg, called just as we were hitting the road again to tell Jay that he could start work in the morning in Grand Junction if he wanted. Jay was like, “Dammit boy! Why couldn’t you have called before we dropped the camper in Nebraska?!” We debated driving all the way to Grand Junction that night, figuring we’d get there around midnight, but once we started into the mountains we thought better of that idea.

Starting into the mountains.

(…to be continued…More Colorado next…)